Influencing Potential Buyers: How Your Presentation Could Kill The Deal A couple of weeks ago I attended a 2-hour webinar. It was rich with content. The speaker often asked for our input in the chat room and then used that information to amend his presentation. Near the end, he went into his sales pitch (which he said he was going to do, so no surprises there). And then he finished with a lengthy Q&A session. It was a great use of my time.

Using The Energy Bar as my gauge (www.energybartools.com), I was already ‘Interested’ when I joined the call, especially since it had been recommended by someone I trust. The webinar was so good, I purchased the product.

Organizational Change: When it's the wrong time to ask for support

Several years ago, the director of a non-profit I support invited me to come to have a cup of coffee. I was told the team wanted to share about some new programs and the progress the non-profit was making. The meeting was set up as if they were only going to share about their latest news. However, in the end, the reason for my visit was revealed and they started talking about my annual contribution. I was caught off guard and somewhat offended by the surprise solicitation for money and felt it would have been better if I had known it was coming.

I learned recently that I’m not alone with feeling this way. I had the pleasure of having a conversation with Lynette Zimmerman, president and CEO of Key Elements Group, LLC last week. Lynette consults with non-profits on strategic fundraising. She said what I experienced was unfortunately common mistakes people make when asking for support: asking too soon and not being straightforward about it.

Do You Know the Five Languages of Appreciation in the Workplace? Would it surprise you to learn that most people don’t quit their jobs because they found a higher paying job?

While many managers believe people primarily leave for more money, it is actually not the case. Money can be part of the reason, but it is rarely the primary factor.

How Involving Your Audience Makes Presenting Easier and More Effective 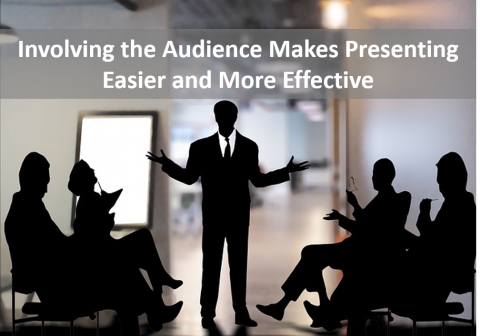 "Most meetings are a waste of time and energy."

If you agree with that statement, then you might find this article useful.

What Leaders Can Learn From The Volkswagen Scandal 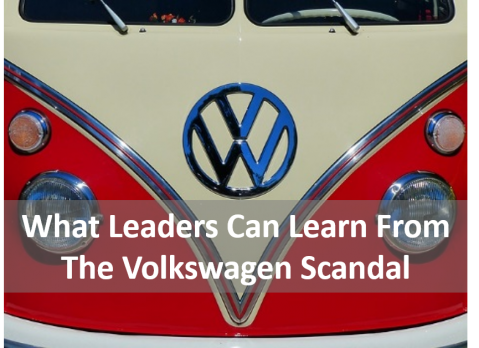 My good friend, Jo, has driven Volkswagens for as long as I can remember. She is considering buying a new car. Although she loves the last VW she purchased, she won’t even consider one of their cars this time.

By way of background this article shares how recently the Environmental Protection Agency found that VW cars being sold in America had software in diesel engines that could detect emissions testing, changing the performance accordingly to improve results. Volkswagen initially denied the claim.